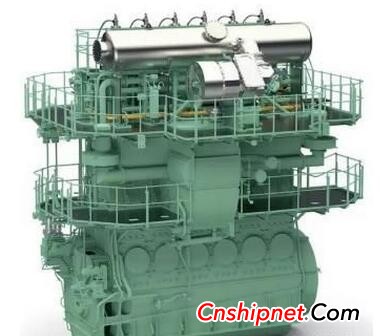 It is reported that the dual fuel main engine contract is the first dual fuel host project won by Hudong Heavy Machinery. The 7RT-Flex50DF mainframe is designed and developed by WinGD, a subsidiary of China Shipbuilding Group, which will be used in Huangpu. Wenchong is a 1,400-carriage ship built by Nordic Hamburg GmbH, which can meet Tier III emission requirements without the need for post-processing equipment.
This is also the first domestic SCR product order obtained by Hudong Heavy Machinery. The SCR product will be used in conjunction with the 6S60MEC mainframe for the 1100TEU project built by Huangpu Wenchong for the US shipowner Tropical Shipping. It is also the first project of the Huangpu Wenchong Shipyard to be equipped with the host SCR system.
With the development of international shipping industry and ocean shipping, the emissions from diesel-fueled marine engines have become the main source of pollution in coastal areas, especially in ports.
The fuel used in marine diesel engines is high-viscosity, high-sulfur, high-carbon residual heavy oil, and NOx and SOx account for a large proportion of the gaseous emissions generated. The pollution caused by SOx and NOx in the exhaust gas of marine diesel engines has caused widespread concern in the international community.
According to statistics from the International Maritime Organization (IMO), global diesel-powered ships emit about 10 million tons of NOx per year into the atmosphere, and SOx is about 8.5 million tons. The polluted marine atmosphere can be dispersed by climate to 1000 km away. , affecting the global environment. According to statistics, more than half of the ships registered in the world use two-stroke diesel engines, producing about 0.087 tons of NOx per ton of diesel.
In order to limit the pollution of marine diesel engine emissions to the environment, governments and international organizations have successively formulated relevant regulations on marine diesel engine emission limits.
According to the MARPROL Annex VI Amendment Act of 2011, ships that are supervised on or after January 1, 2016, if the ECA area of â€‹â€‹the emission control area is navigating, the Tier III emission standards should be met for the diesel engines installed on board.
The 7RT-Flex50DF dual-fuel main engine signed this time can meet the Tier III emission requirements without using post-processing equipment in the gas state.

The Grain Peeling Machine is for soybeans, peas, beans and other peeling deep processing.
This machine is a new type of grain peeling machine specially developed according to the characteristics of various kinds of beans. The skin, the kernel and the black umbilical part are separated from the clean, the granule is small, the peeling effect is very good, suitable for the small bean processing factory or the food factory.