What testing equipment will be used to identify jewels? 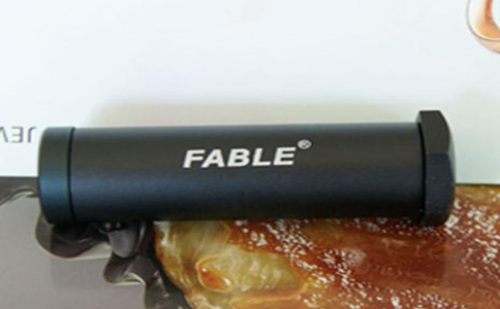 With the improvement of peopleâ€™s living standards, the consumption of jewels and jades is increasing year by year. Jewellery is changing from luxury goods to necessities, normal products or consumer goods that resemble clothing. As a result, gem identification has made new demands on scientific instruments and equipment. The request.

The development of modern high technology has led to the emergence of new synthetic and synthetic gems and the optimization of the processing of gems. The difference between some synthetic gemstones and natural gemstones is shrinking day by day. The surface and internal characteristics of some optimized gemstones are almost the same as those of natural gemstones, making some difficult and hot issues in gemstone identification emerge. Some traditional and conventional gem identification instruments and identification methods have been difficult to meet the requirements of jewelry appraisal. In recent years, the introduction and application of a number of large-scale analytical testing instruments abroad have enabled China's jewellery appraisal and research institutions to get away from the single model of comparative appraisal in the past. To date, jewellery appraisers mainly use them to solve some difficult problems that cannot be solved by traditional inspection instruments. Undoubtedly, advanced analytical testing techniques will play an increasingly important role in gemological identification and research.

1. Magnifiers and microscopes are used to enlarge the observation of the gemstone's inclusions and surface features, but the microscope has a higher magnification and a stronger resolving power. It is an important instrument for distinguishing between natural gemstones, synthetic gemstones, and imitation gemstones.

2. The Charles filter can only pass through dark red and yellow-green light, while all the other lights are absorbed, mainly for green and blue stones. For example, the natural blue spinel filter does not turn red, and the synthetic blue spinel filter turns red.

3. The refractometer is one of the most important instruments in gemstone testing instruments, and can accurately test the refractive index value and birefringence value of a gemstone.

6. The dichroic mirror is an instrument for observing the polychromism of the gemstones. Since the polychromism is related to the crystal optical properties of the gemstones, only the birefringent colored gemstones are polychromatic, and the biaxial crystal colored gemstones may have three colors. Sex, so the use of dichromatic mirrors are: 1, to distinguish between isotropic and anisotropic gemstones, such as ruby â€‹â€‹and red spinel; 2, to determine the nature of biaxial crystals, such as cordierite trichromatism is remarkable (blue, Purple blue, light yellow); 3, determine the color and strength of gemstones as an auxiliary feature of gem identification.

7. Spectroscopes are important gemstone test instruments. The use of dispersive elements (triple prisms or gratings) can decompose white light into monochromatic light of different wavelengths and form a continuous spectrum of visible light. The spectroscope is used to observe the selective absorption of jade and the characteristic spectrum of luminescence formation, determine the variety of gemstones, determine the cause of the color of the gem, and determine whether the jade is dyed or changed.

8, polarizer is mainly used to detect the light of the gem. In the process of turning the gems 360Â°, the jewels are fully dark, which is called full extinction, and they are single-refractory gems. The gems are four bright and four dark, generally birefringent gems; the gems are all bright, and they are called collective extinction, such as jade, agate Wait.

10. UV spectrophotometer can detect artificially optimized gemstones, distinguish some natural and synthetic diamonds, and discuss the mechanism of gem coloration.

12, X-ray fluorescence spectrometer for precious metals and purity testing, such as Au, Ag, Pt, Pd and so on.

Straw pellet fuel is a new environmentally friendly renewable resource. Its raw material widely includes: sawdust, bamboo shavings, straw, rice husk and other crop waste. The development of straw pellet fuel turns these wastes into treasure. It not only creates enormous economical benefits, but also solves the problem of environmental pollution. It is a sustainable development industry which is in favor of the country.