An Analysis of the Development Status of China's Printing Industry 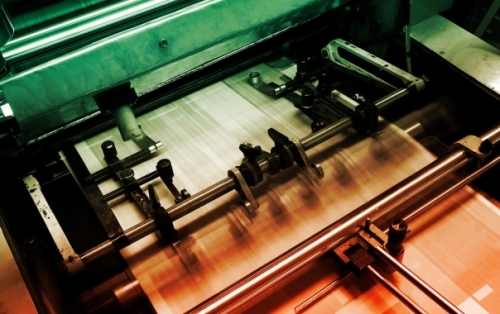 During the "Eleventh Five-Year Plan" period, China's total printing output value increased by an average of 19.3%, far higher than the 11.2% growth rate of the national economy over the same period. In 2011, the total output value of the printing industry accounted for 57.8% of the total output value of China's press and publication industry. The printing industry has become the main force in the development of China's cultural industry. It not only maintains ideological security, satisfies the people's consumer demand, but also develops into an important industry that is "clothing and hating" for economic and social development.

This article excerpts the status of development in various aspects of China's printing industry.

1 paper and cardboard. According to the statistics of China Paper Association, in 2011, the domestic production of paper and board was 99.3 million tons. The year-on-year increase was 7.12%, the consumption was 97.52 million tons, an increase of 6.31% year-on-year; the per capita annual consumption was 73.34 billion people, an increase of 7.35% over the same period of last year. Among them, in the printing of printing paper, according to statistics, in 2011, the country published printed books. The quality of articles, periodicals, newspapers, and equivalents was 7,170,100 tons, a year-on-year increase of 5.58%.

3 printing ink. According to the statistics of the China Printing and Equipment and Equipment Industry Association, in 2011, the total domestic production of printing ink was about 575,000 tons, and the total consumption of about 580,000 tons of imported ink was about 32,600 tons. Among them, consumer offset inks accounted for about 45%, consumer gravure inks accounted for about 35%. In addition, the consumption of water-based inks and various green-friendly inks without benzene accounts for about 20%.

1. Government departments to promote the situation.

In summary, the overall level of China's printing industry is on the rise, regardless of whether it is in the enterprise product or in the policy standards have various degrees of improvement. However, there are still many problems behind the achievements.

Third, there are problems in the printing industry

First, the degree of intensive agglomeration is low and there is a lack of core competitiveness. At present, although China's printing industry has already emerged a number of companies that have begun to take shape and their brand awareness, compared with internationally renowned companies, there are still large gaps in scale, efficiency, and core competitiveness. â€œThe problems of large, weak and unskilled are still outstanding. The competition among enterprises in the industry is far more than coordination and cooperation, and the situation of low-level redundant construction in the industry cannot be fundamentally changed.

The second is the lack of investment in independent innovation, and the quality potential needs to be improved. At present, most printing and equipment manufacturing companies rely excessively on cost advantage and low-price competition strategy in the market, and insufficient investment in technology and management innovation. As a result, there is a significant gap between domestic printing equipment and internationally renowned branded products in terms of scientific and technological content, quality stability, etc. At the same time, there is a shortage of high-quality skilled workers and management personnel in the printing industry; the vocational skills training and qualification certification system needs to be improved; There is still a big gap between companies and internationally renowned companies in internal management, capital operation, and international trade.

Speed â€‹â€‹up the implementation of green printing and vigorously adjust the structure.

Give full play to the government's leading role in the implementation of green printing, actively expand the scope of green printing, and use market adjustment mechanisms to encourage enterprises to actively increase investment in green technologies under the guidance of bizarre and intangible forces. 'Improve technology and improve The production environment will be transformed into a green printing company, thereby promoting the elimination of backward production capacity and realizing industrial restructuring.

Create a good development environment for key printing enterprises above designated size, increase capital and policy support, and speed up the development of national printing demonstration companies that lead radiation. Strengthen the planning and construction of printing industrial parks, and guide localities to create distinctive and potential printing industrial parks based on their own characteristics and regional advantages.

Increase investment in innovation, focusing on the implementation of the â€œDigital Printing and Printing Digital Significant Projectâ€ and â€œGreen Printing System Construction Projectâ€. With major projects, we will drive the research and development and transformation of printing equipment and technology, upgrade the overall technical level of the industry, and promote the transformation and upgrading of the printing industry.

4 Improve industry supervision and management and create a healthy environment.